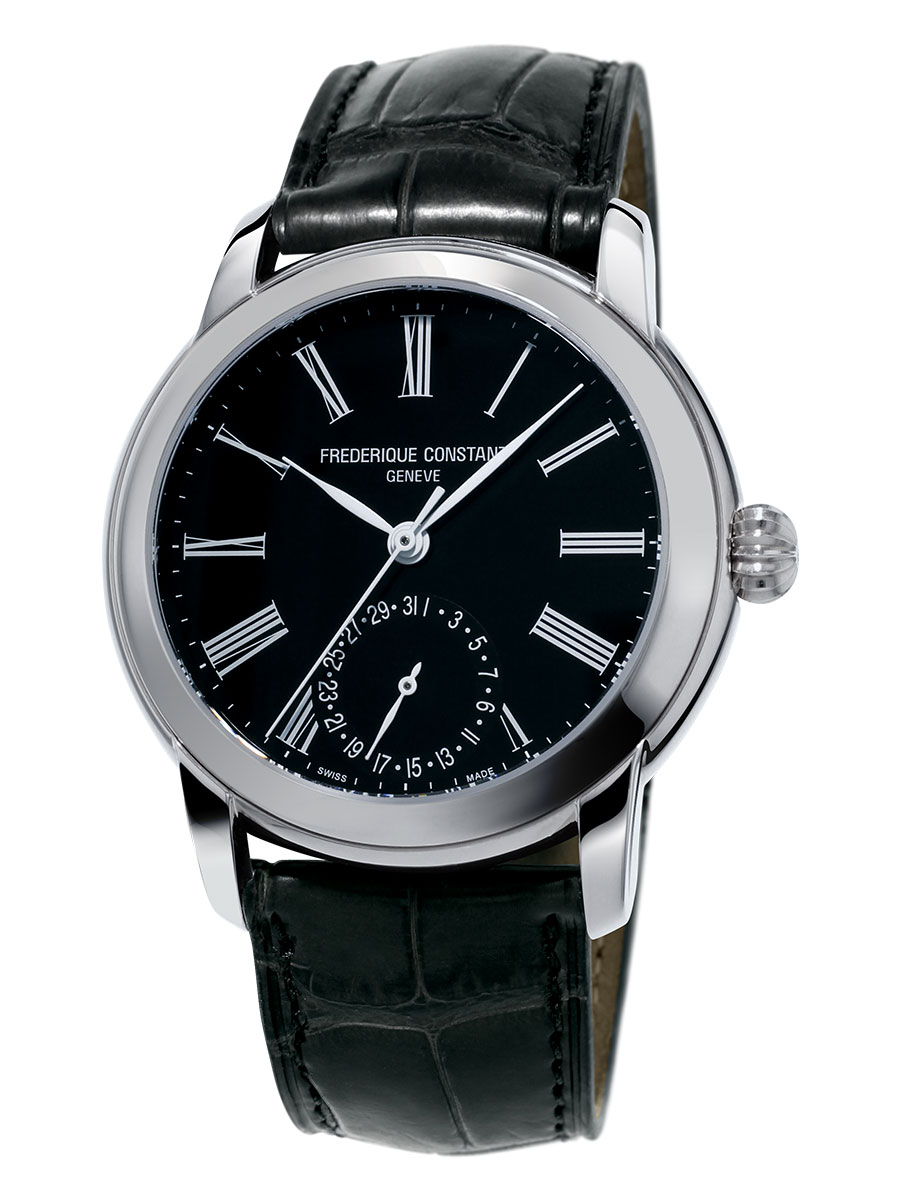 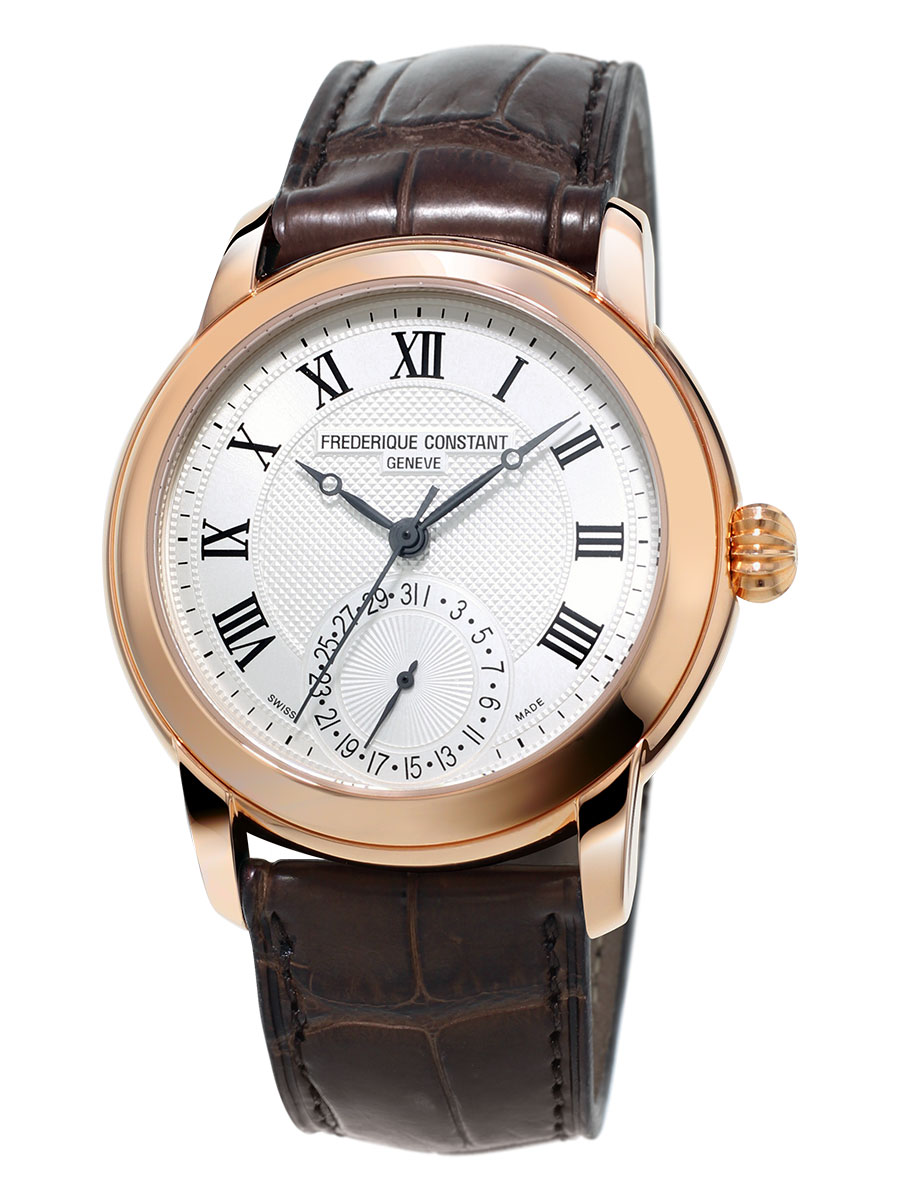 Development of the second base caliber by Frederique Constant started in 2008. The design and development briefing for this second base caliber was very straight forward: redevelop all components and search to reduce cost of manufacturing with 30%, while at least maintaining the same high quality level of the Heart Beat Manufacture calibers. As a result, the Maxime Manufacture (cal. FC-700) was born. Frederique Constant realized significant economies of scale with this caliber. In line with our Accessible Luxury philosophy, these cost-savings were transferred to the final consumer, by offering these Frederique Constant Manufacture timepieces at unbeatable retail prices.

This year, Frederique Constant is proud and excited to introduce the new Classics Manufacture, with a retail price starting at €1’750 in stainless steel. Designed and produced with utmost care, the sophisticated dial shows a remarkable refinement. Decoration of the movement is to the highest standards, with Cotes de Geneve and Collimacon patterns, brightly shining due to the rhodium finishing. The new Classics Manufacture is based on the second generation of the Maxime movement, cal. FC-710 and features an added center seconds hand. Apart from stainless steel, the Classics Manufacture is also available with a case finished in rosegold plating, at €1’950. A duo of stunningly beautiful timepieces!

In 2001, Frederique Constant launched the development of its first manufacture caliber in close collaboration with the École d’Horlogerie de Genève, the École d’Ingenieurs de Genève and the Horloge Vakschool Zadkine, Netherlands. The Heart Beat Manufacture has the characteristic bridge for the balance wheel on the front side of the caliber, which made it possible to have the spiral and fine regulation on the front side as well, creating a much more appealing Heart Beat design. This construction was new – allowing Frederique Constant to obtain a patent. In 2008, Frederique Constant introduced its first Tourbillon Manufacture movement with Silicium (Silicon) Escapement Wheel. There are three main advantages compared to a regular escapement wheel:· No oiling necessary· Ultra smooth surface· Weight 1/5th of steel

As a result, the Frederique Constant Tourbillon has an amplitude of over 300 degrees in dial-up and dial-down positions. Even in the crown-down position, the amplitude is over 275 degrees, which is substantially more than the performance of other high-end tourbillons. In 2009, Frederique Constant launched a new in-house base caliber (FC-700). Component rationalization and assembly efficiency were the top priorities for the development of this caliber. Result was an overall 30% cost saving compared with the earlier Heart Beat Manufacture caliber. Various new technologies were incorporated. For the first time, a Swiss watch manufacturer introduced a watch with a manufacture caliber below €2’000 retail.

Frederique Constant Factory The Frederique Constant production facility in Geneva measures 3’200 square meters, divided over four floors, offering an attractive working environment in the sectors of caliber component production, caliber assembly, watch assembly, and extensive quality control. Numerically controlled machines of the latest generation are located in a large atelier in the basement, where all component manufacturing is concentrated. Caliber and watch assembly, as well as state-of-the-art quality control is primarily organized on the first floor of the Frederique Constant building. The building also serves as the brand’s international headquarters. 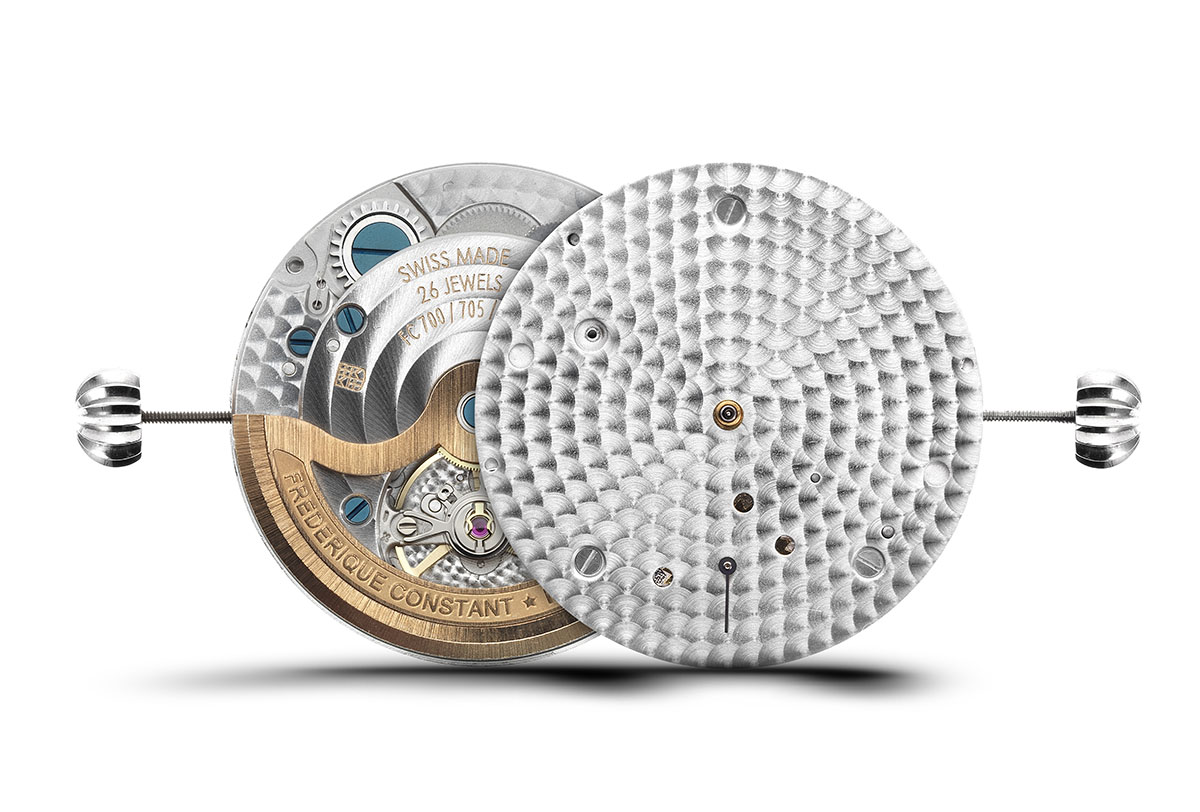